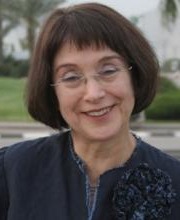 Shuli Barzilai is Professor of English at the Hebrew University of Jerusalem. Her books include Lacan and the Matter of Origins (Stanford UP, 1999), a study of the development of Jacques Lacan’s thinking about the mother’s role in psychical formation, and Tales of Bluebeard and His Wives from Late Antiquity to Postmodern Times (Routledge, 2009) in which she traces how the Bluebeard story is retold from the situated perspectives of writers such as Charles Dickens, William Makepeace Thackeray, Anne Thackeray Ritchie, Angela Carter, and Margaret Atwood. Her essay “Reading ‘Snow White’: The Mother’s Story,” first published in Signs: Journal of Women in Culture and Society (1990), has been anthologized and frequently taught in courses on feminism, critical theory, and autoethnography. Her essays have also appeared in Critique: Studies in Contemporary Fiction,Diacritics, Dickens Quarterly, Marvels & Tales, Partial Answers, PMLA, Victorian Literature and Culture, and Word & Image, among other journals, and in edited collections, including Critical Insights: Margaret Atwood (2012), Channeling Wonder: Fairy Tales on Television (2014) and The Cambridge Companion to Fairy Tales (2015).