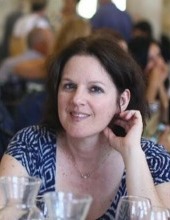 Galia Benziman (Chair) is an Alon Fellow (2011-2014) and Associate Professor in English at the Hebrew University of Jerusalem. Her research focuses on British literature of the long nineteenth century; in particular, on Dickens, Hardy, the history of childhood, and the Elegy. She has published two books: Narratives of Child Neglect in Romantic and Victorian Culture (2012, Palgrave Macmillan) and Thomas Hardy's Elegiac Prose and Poetry: Codes of Bereavement (2018, Palgrave Macmillan). Her essays appeared in Dickens Studies Annual, Studies in the Novel, SEL: Studies in English Literature 1500-1900, Partial Answers: Journal of Literature and the History of Ideas, The Oxford Handbook of Charles Dickens, and other platforms. 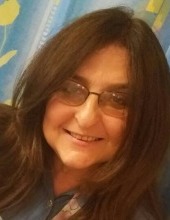 Karin Berkman completed her doctorate on the poetry of Seamus Heaney in the English Department at The Hebrew University of Jerusalem. As a post-doctoral researcher in the ERC project “Apartheid—The Global Itinerary: South African Cultural Formations in Transnational Circulation, 1948-1990,” led by Prof. Louise Bethlehem, she studied the notion of exile in South African poetry. Her research on South African and African poetry has been published in Critical Arts, Scrutiny and English in Africa. Her research interests include Irish literature, twentieth-century British and American poetry, South African poetry during apartheid and post-apartheid, post-colonialism and literary theory. 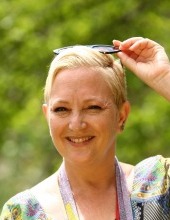 Louise Bethlehem is Golda Meir Fellow (2002-2003) and Associate Professor in the English Department and incoming Chair of the Program in Cultural Studies at the Hebrew University of Jerusalem. Her book, Skin Tight: Apartheid Literary Culture and its Aftermath (Unisa Press, Brill 2006), was published in Hebrew translation by Resling in 2011. She has co-edited nine volumes in the field of South African literature, African Studies and Cultural Studies, including the prizewinning volume South Africa in the Global Imaginary, co-edited with Leon de Kock and Sonja Laden (Unisa, 2004). Between 2014 and 2019, she was Principal Investigator of the research project Apartheid—The Global Itinerary: South African Cultural Formations in Transnational Circulation, 1948-1990 funded by a prestigious grant from the European Research Council (ERC). In recognition of the importance of her research, she was appointed to Academia-Net: an Expert Database of Outstanding Female Scholars and Scientists, with the participation of 47 European science and research organizations. Bethlehem has held research fellowships from the Harry S. Truman Institute for the Advancement of Peace at the Hebrew University of Jerusalem, and has served on the Academic Committee of the Institute. She has supervised over 30 graduate students, many of whom have gone on to secure academic appointments in their own right. 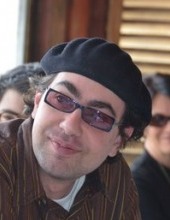 Ruben Borg (MA Advisor) is an Alon Fellow (2008-2011) and Associate Professor in English at the Hebrew University of Jerusalem. His work has appeared in Modernism/modernity, Journal of Modern Literature, Modern Fiction Studies, Poetics Today, and in numerous other journals devoted to twentieth-century literature and film. He has also contributed chapters to collaborative volumes on Deleuze, Beckett, and Posthumanism. Ruben is the author of The Measureless Time of Joyce, Deleuze and Derrida (2007), and of Fantasies of Self-Mourning: Modernism, the Posthuman and the Finite (2019). He has co-edited three books on Flann O'Brien: Flann O’Brien: Contesting Legacies (listed in The Irish Times top 10 non-fiction books of 2014), Flann O'Brien: Problems with Authority (2017) and the award winning Flann O'Brien: Gallows Humour (2020: awarded the IFOBS prize for best book-length publication on Brian O'Nolan in 2021). His research interests include Irish Modernism, twentieth-century philosophy (especially the work of Gilles Deleuze), and the influence of Dante on modernist writers, while his current project is a book on James Joyce and emotions. 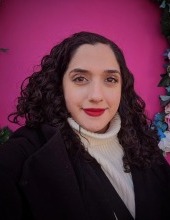 Yara Ibrahim teaches language and writing skills in the English Department at the Hebrew University. Her master's thesis focused on surveillance and memory in dystopian fiction. 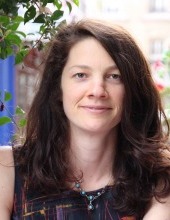 Taylor Johnston is a teaching fellow at the Hebrew University of Jerusalem and a postdoctoral fellow at Ben-Gurion University of the Negev, where she researches 19th- and 20th-century American literature, African American fiction, literary realism, and critical race theory. In 2019-20, she held a postdoctoral fellowship at Tel Aviv University's Center for the Study of the United States in partnership with the Fulbright program. She received her Ph.D. in Comparative Literature (2019) and her M.A. in English with a Creative Writing focus (2018) from UC Berkeley. Her work has appeared in Arizona Quarterly, Critique: Studies in Contemporary Fiction, The Raymond Carver Review, and is forthcoming in Twentieth-Century Literature. Her first book project, That Class Which Is Not One, explores critical representations of the white lower middle class in American fiction of the 1970s and 80s. Most recently, she has conducted research on racial affect in African American fiction and the politics of twentieth-century pandemic fiction. 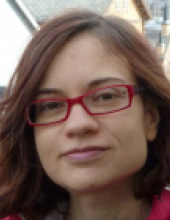 Yael Levin is Associate Professor in English at the Hebrew University of Jerusalem and Second Vice President of the Joseph Conrad Society of America. She is author of Tracing the Aesthetic Principle in Conrad´s Novels and Joseph Conrad: Slow Modernism. Her work  on modernism, postmodernism, narratology, the subject and disability has appeared in The Conradian, Conradiana, Partial Answers, Twentieth-Century Literature, Journal of Modern Literature and Journal of Beckett Studies and in a number of edited collections. 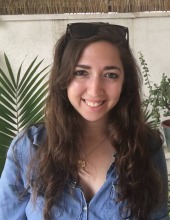 nuria.levy@mail.huji.ac.il
Nuria Levy teaches language and writing skills in the English Department at the Hebrew University. Her current research is focused on female reading in Jane Austen’s novels. 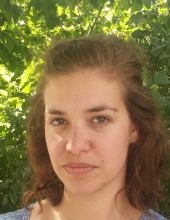 Shachar Livne is an adjunct lecturer in the English Department and a Lady Davis Postdoctoral Fellow at the Hebrew University of Jerusalem. She completed her Ph.D. in Comparative Literature at the Hebrew University. Her Dissertation explored Dante Alighieri's reception among his poetic successors in the 14th century. During her doctoral studies, she was awarded several scholarships, among them the President's and Azrieli Fellowships. She also spent time as a visiting scholar at the University of Pennsylvania's English Department, as well as at the Università degli Studi di Padova, Italy. Her research interests include Middle English literature, Medieval poetics, English Petrarchism, and the reception of the Classical and Italian heritage and poetics in the British Isles during the late medieval and early modern periods. 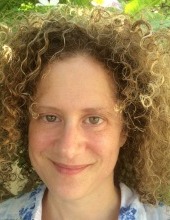 Naomi Mandel (BA advisor) was Professor of English and Film/Media at the University of Rhode Island before joining the faculty at the Hebrew University of Jerusalem, where she is Associate Professor of English and holds the Ann and Joseph Edelman Chair of American Studies. Her research focuses on contemporary literature and critical theory, with particular interests in the aesthetics and ethics of violence. She is the author of Against the Unspeakable: Complicity, the Holocaust, and Slavery in America (University of Virginia Press, 2006) and Disappear Here: Violence after Generation X (Ohio State UP, 2015), and has published three volumes of edited essays, including Bret Easton Ellis (Continuum, 2010) and Novels of the Contemporary Extreme (co-edited with Alain-Philippe Durand; Continuum, 2006). Her work on American Slavery, the Holocaust, and the terror attacks of September 11, 2001 has appeared in Modern Fiction Studies, Novel: A Forum on Fiction, Dialectical Anthropology, and boundary 2. Mandel’s current research focuses on the visual and literary culture of the digital revolution and the Information Age. 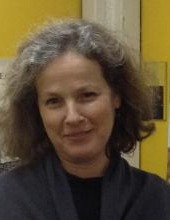 Eynel Wardi is a Senior Lecturer in the English Department at the Hebrew University of Jerusalem. She is the author of Once Below a Time: Dylan Thomas, Julia Kristeva, and Other Speaking Subjects (2000). Read more about Eynel Wardi 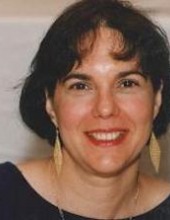 Shira Wolosky received her B.A. from Brown University (summa, Phi Beta Kappa) and her Ph.D. with distinction from Princeton University in Comparative Literature in 1981.She was an Associate Professor of English at Yale University before moving to the Hebrew University in 1985, where she is Professor of English and American Studies. Her books include Emily Dickinson: A Voice of War (Yale UP, 1984); Language Mysticism: The Negative Way of Language (Stanford UP, 1994); The Art of Poetry (Oxford UP, 2002); “Nineteenth Century American Poetry,” the Cambridge History of American Literature IV (2004); Defending Identity with Natan Sharansky, (Public Affairs, 2008); The Riddles of Harry Potter (Palgrave MacMillan, 2010), Poetry and Public Discourse in Nineteenth-Century America, (Palgrave MacMillan, 2010); Feminist Theory Across Disciplines (Routledge, 2013), as well as other writings on literature, religion, and contemporary theory.
Her awards and research appointments include a Fulbright Fellowship, a Whiting Fellowship, a Guggenheim Fellowship, a Tikvah Fellowship at NYU Law School, and a Drue Heinz Visiting Professorship at Oxford. She was also a Fellow at the Princeton Institute for Advanced Studies, at the Katz Center at the University of Pennsylvania, and at the Hadassah Brandeis Institute. She is currently working on a book on Jewish Thought and Postmodern Theory, with special focus on Emmanuel Levinas. 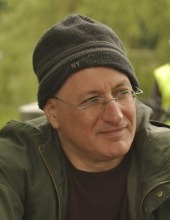 Tzachi Zamir is a philosopher and a literary critic (Prof. English & Comp. Lit) and currently directs the Amirim Honors Program at the Hebrew University. He is the author of Double Vision: Moral Philosophy and Shakespearean Drama (Princeton, 2006), Ethics and the Beast (Princeton, 2007), Acts: Theater, Philosophy and the Performing Self (The University of Michigan Press 2015), Ascent: Philosophy and Paradise Lost (Oxford, 2017) and Just Literature: Philosophical Criticism and Justice (Routledge, 2019). He is also the editor of Shakespeare's Hamlet: Philosophical Perspectives (Oxford, 2017).