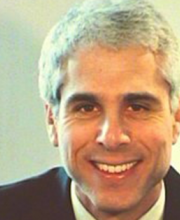 Jon Whitman is an Associate Professor in the Department of English at the Hebrew University of Jerusalem, where for many years he also directed the Center for Literary Studies. His research explores the interaction of intellectual and imaginative changes from antiquity to the modern period. He is the author of Allegory: The Dynamics of an Ancient and Medieval Technique (co-published by Oxford University Press and Harvard University Press in 1987) and the editor of two collective studies: Interpretation and Allegory: Antiquity to the Modern Period (published by Brill in 2000) and Romance and History: Imagining Time from the Medieval to the Early Modern Period (published by Cambridge University Press in 2015).