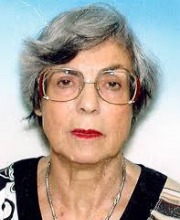 Shlomith Rimmon-Kenan is Professor Emerita of English and Comparative Literature at the Hebrew University of Jerusalem. She earned her B.A and M.A degrees, summa cum laude, at the Hebrew University. Received her Ph.D from the University of London and did her postdoctoral studies at Yale University and Paris. She is a theoretician of literature an internationally respected narratologist. Her books – The Concept of Ambiguity, The Example of James; Narrative Fiction: Contemporary Poetics; A Glance beyond Doubt: Narration, Representation, Subjectivity – are widely acclaimed, and the second has been translated into eight languages. Prof. Rimmon-Kenan has also published numerous essays in professional periodicals both about narratology and about specific authors like James, Faulkner, Nabokov, Morrison, and others. In the last few years Prof. Rimmon-Kenan has been exploring interdisciplinary junctions like literature and psychoanalysis, law, history, and medicine (illness narratives). After joining the Israel Academy (2013), her interdisciplinary research has broadened to include ideology and politics. In collaboration with Prof. Susan Lanser, Brandeis University, USA, she studies narratives concerning the Israeli-Palestinian conflict. Together, they organized a few international seminars on the subject and published several essays in prestigious periodicals. And they are still at it! Prof. Rimmon-Kenan supervised 44 doctoral students and was a visiting professor at Harvard and the University of Helsinki. In 2019 she received a prestigious award on behalf of the International Society for the Study of Narrative: The Wayne C.Booth Lifetime Achievement Award. She is married, mother of two and grandmother of one..